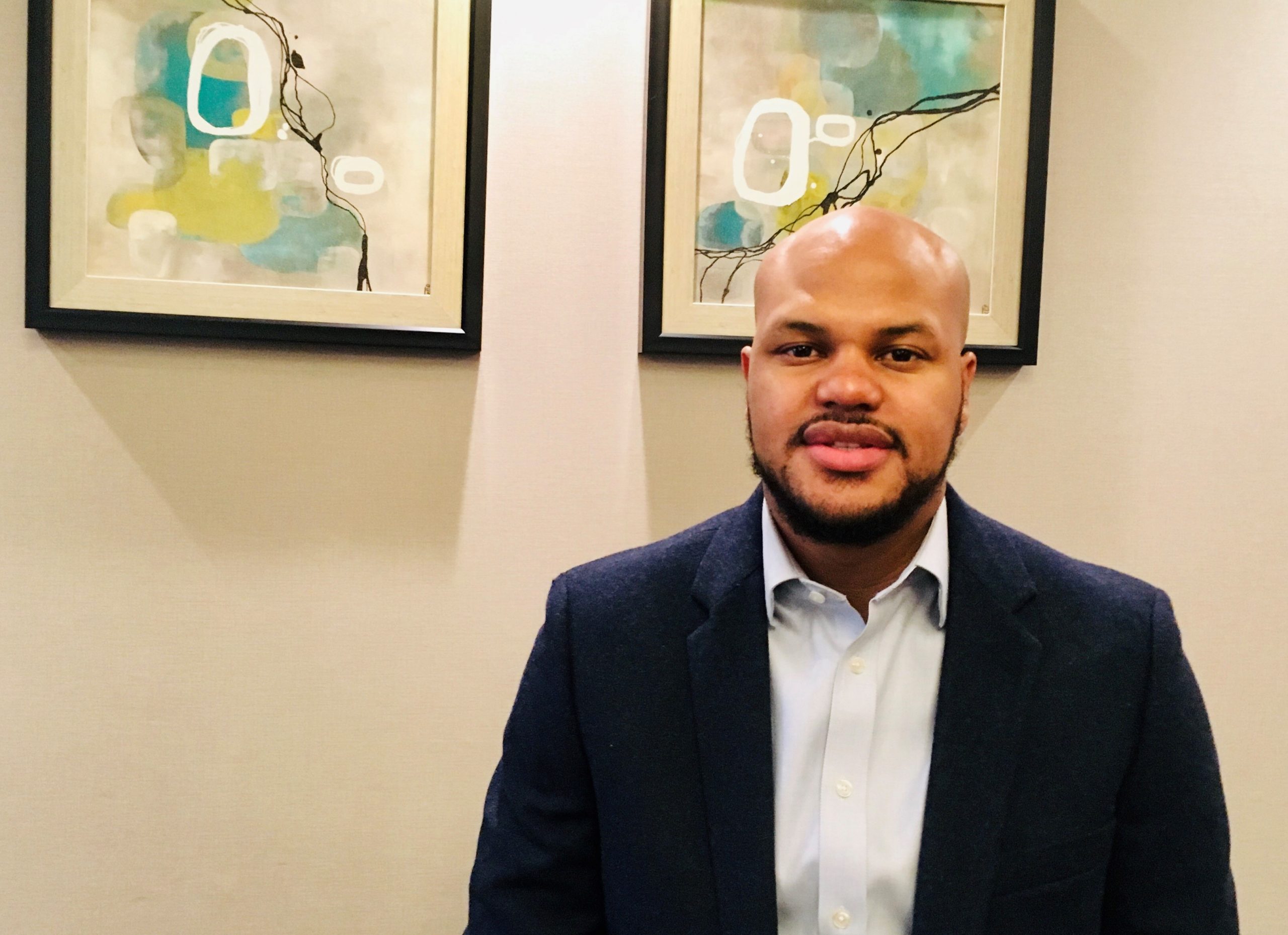 Most people, at some time in their life, have asked the question, “know a good lawyer”?  If you happen to know the family of Jerry Williams III; you are in luck.  This month, we were fortunate to sit with Jerry and learn about his law practice, how he got started in, his family and their vast legal background.

Growing up, it seemed inevitable that Jerry Williams III would be an attorney.  He spent a good part of his childhood in his father’s law practice in Danville, Virginia.  But his connection to the law, doesn’t stop there.  His grandfather, aunt, uncle, brother and many cousins are also attorneys.  Those early influences about the law from his family intrigued Jerry and he was hooked.

While in law school, Jerry worked for a City Law Department and was allowed to present traffic cases to a judge. he enjoyed being in the court room and began pursuit into litigation.

Jerry worked as a summer law fellow for the NAACP and he worked in small and large law firms before starting his own firm with a partner in Washington, DC in 2009.  He transitioned to Annapolis in 2015 and has been practicing law in Maryland and DC for over 12 years.

The law office of Jerry Williams III, LLC is a small law firm helping individuals primarily in the areas of family law, personal injury, and social security disability cases in Maryland and Washington, D.C.  They are currently a team of three, one full time attorney, one part-time attorney, and a paralegal.  They handle cases ranging from adoption and guardianship to divorce and custody for families in Anne Arundel, Howard, Baltimore, and Prince George’s County.

They also assist injured victims in pursuit of financial compensation when experiencing an injury through no fault of their own in a variety of claims including automobile crashes, pedestrian accidents, and premises liability.  Finally, they represent individuals before the Social Security Administration in pursuit of disability awards.  In the next five years, Jerry will expand the personal injury and Social Security Disability practice and bring on additional lawyers to represent clients across the state.

Jerry grew up in Danville, Virginia which is about a 5-hour drive from Annapolis.  He is the oldest child of two to his parents who still reside in Danville.  He has a very large extended family and is very close to them.  As a proud graduate of the University of Virginia, he has very fond memories of his time in Charlottesville, VA.  After college, he spent some time working for a large DC law firm before attending law school.  He has one brother who currently lives in Singapore.

He credits his wife for settling in Annapolis.  “I married my best friend and moved to my wife’s hometown of Annapolis in 2015.  I love Annapolis, the water, and the people of this community.  I am passionate about helping people solve problems.”  When not working, Jerry is passionate about investing and sports.  He also enjoys traveling and is planning a trip to Southeast Asia to visit his brother in Singapore and take in all the other sites there.

Jerry is a strong believer in giving back to your community.  He was appointed to the Annapolis Human Relations Committee and enjoys focusing on issues of ending discrimination in our city. When he has time free time, he loves working out, indoor cycling, trying new activities and says, “I hope to learn how to sail this year.  And most importantly I love spending time with my wife and family.”

My Annapolis Office has been a great fit for his practice.  He initially chose My Annapolis Office as he needed to open a new office in Maryland and needed virtual space and a mailing address.  After some time, he transitioned to a permanent space.  “My Annapolis Office provides the best setup for my office and clients, the space available is professional where clients want to meet with their attorney.  I am quite pleased by the space and so are my clients.”

Law Office of Jerry Williams III offers a free 30-minute meeting.  You can schedule that through their website.  You can also connect to Jerry on LinkedIn.

This website uses cookies to improve your experience while you navigate through the website. Out of these, the cookies that are categorized as necessary are stored on your browser as they are essential for the working of basic functionalities of the website. We also use third-party cookies that help us analyze and understand how you use this website. These cookies will be stored in your browser only with your consent. You also have the option to opt-out of these cookies. But opting out of some of these cookies may affect your browsing experience.
Necessary Always Enabled

Any cookies that may not be particularly necessary for the website to function and is used specifically to collect user personal data via analytics, ads, other embedded contents are termed as non-necessary cookies. It is mandatory to procure user consent prior to running these cookies on your website.